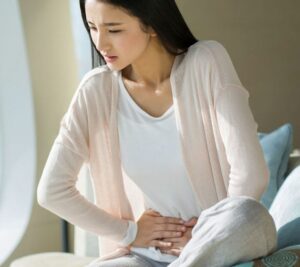 This is an inflammatory disease involving the wall of the gut, anywhere from the mouth to the anus, but 80% involve the small bowel . It causes crampy abdominal pains, narrowing and obstruction of the bowel can occur, diarrhoea on and off, sometimes with blood. Sometimes fistulas (rupture into other tissues) can occur and the disease often causes poor absorption of foods especially fats.
In addition to the bowel symptoms, Crohn’s may affect other areas – fatigue and weight loss are very common, arthritis, anaemia, rashes and sometimes eye inflammation can occur.

The cause is not known, but is almost certainly an auto-immune disease where the body attacks itself, thinking it is a danger. Some however believe it may be the result of bacteria in the gut attacking the gut wall because of impaired immunity.

The disease is usually diagnosed by colonoscopy or CT scanning of the bowel. There are some diagnostic blood tests but they are still not fully evaluated.

What your doctor can do:

Drugs are the mainstay of treatment – The drugs used depend on the area involved and the severity of the illness:

Surgery – if there are obstructions or fistulae, often surgery is required to remove the affected areas.

What you can do

Supplements – Almost everyone with significant Crohn’s disease absorbs food poorly, and nutritional supplements are essential for good or optimal health. Much of the fatigue may be worsened by poor nutrition:

Research teams have suggested that such unlikely therapies as thalomide, cannabis and even infestation with hookworms can help Crohn’s symptoms, but I would not advocate any of these until more information comes to hand.

The Nutritional supplements I use and recommend to my patients

There are a number of other therapies which you might like to look at.  They have not been specifically included with this disease because some are a form of treatment which is applicable to most diseases and many focus on the mind, body, spirit, and the universe. These include - acupuncture, Ayurvedic medicine, energy healing, homeopathy, naturopathy, prayer, visualisation and some people with this condition might like to look at these topics (I have described them more fully on another page on this website click here .) With my personal experience and reading, I do not think that I can comment of whether one or a number of these might help.    They fit well with most conventional and complementary treatments and I suspect some or even all of them can be extremely powerful - if performed by an experienced practitioner.    My only caveat is that if in the course of one of these therapies, you are given potions or herbs, do check with your health practitioner that they will not interfere with other treatments or drugs you are receiving.

I believe in today's world that nutritional supplements are so necessary as to be an essential component of any form of both prevention and treatment. Not only is today's food lacking in nutrients because of the way it was grown and processed, but also most of us make the wrong choices in diet. It is virtually impossible to obtain optimal levels of most of the vitamins, minerals and other nutrients although many people try to do so, and even then fresh produce is not available all year round. *There are many quality supplements available on the market, including –Thorne, NFS, Douglas Labs, Xtend Life, True Star Health, USANA, and Metagenics. There are others, but do your due diligence before choosing one. USANA Health Sciences has added a new adjunct to its multivitamin and multi mineral called CellSentials. These are a patented blend of phyto-nutrients which they believe affects cell signaling and growth, and increases the production of preventative antioxidants within the cell. These should add to the value of the multi, so these are the multivitamin/mineral preparation I recommend.